Any new Domestic Dwelling Development which has its commencement notice served to the Local Authority on or after 1st. July 2015 are now governed by a mandatory requirement to carry out sound insulation testing on a proportion of all new properties built on that development under the new Building Regulations Ireland 2014. Dependent on the number and types of properties being constructed there are guidelines as to the number of sound tests to be carried out as well as the types of sound insulation tests to be carried out.

Essentially there are 2 areas of separating structure to be considered when testing, these are separating walls and separating floors.

The frequency of such tests on a new development depends specifically on the number of properties and types of properties BUT it is suggested that testing is carried out at the earliest possible stage within the first few properties completed suitable for a sound insulation test to be carried out. This is to establish that the workmanship and materials being used are suitable as well as avoid late discovery of sound insulation problems in the development which might be costly to the Developer / Builder.

The levels suggested by TGD Section E 2014 are now minimum sound insulation standards, they do not allow for any deviations or mean averages as was accepted previously. Airborne metrics for floors and walls have been standardised and are slightly more stringent than previously, whereas impact sound insulation metrics have been improved. Although unfortunately in Ireland we have still not adopted to process of low frequency measurement below 100Hz. (This often being a problem with previously constructed timber separating floor constructions).

How many tests do I need?

Should you require, we can examine your site plans and calculate the number of tests you will require, the types of tests and suggest, when best to be carrying these tests out?

Click on the Technical Guidance Document E below to view 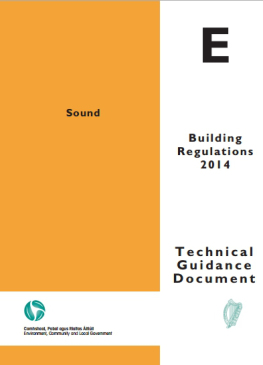 A1 Extract “Sound insulation testing should be carried out by a competent person, possessing sufficient training, experience and knowledge in the measurement of sound insulation in buildings 5” 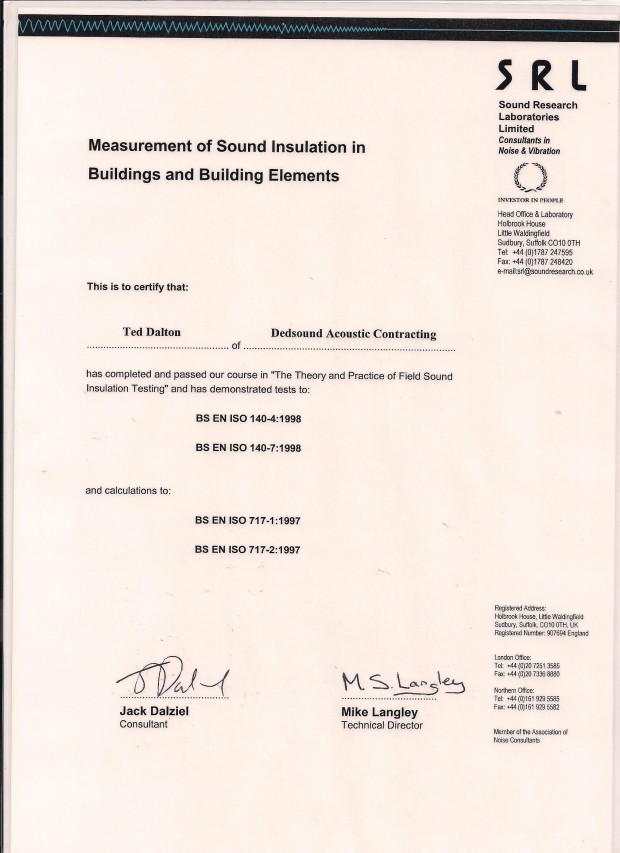 The Building Regulations require that every new Domestic Development commenced after 01/07/15 must have Sound Tests carried out as part of their certification.

Sound Test Ireland are available to assist The Builder / Developer, Designers and Certifiers of Domestic Dwellings in providing proof of compliance.

Phone our Consultant Directly at 087 2609544 to arrange a quotation or site visit.